Wilco: Ode to Joy
the 11th studio album from pioneering Chicago-based alt-rock/Americana band Wilco. The album features 11 songs written and produced by Jeff Tweedy and recorded by Wilco at the bands’ own Chicago studio dubbed The Loft. The album is the follow-up to their 2016 album Schmilco and their self-imposed short hiatus. The album’s title comes from Jeff’s absolute determination to demand joy from life, no matter how dire the daily news is; his band and his songwriting are in peak form as you hear on this release.

Angel Olsen: All Mirrors
The descent into darkness is a trope we find time again across history, literature and film. But there’s also an abyss above. There’s a winding white staircase that goes ever upward into the great unknown – each step, each turn, requiring a greater boldness and confidence than the one before. This is the journey on which we find Angel Olsen. Olsen’s artistic beginnings as a collaborator shifted seamlessly to her magnificent, cryptic-to-cosmic solo work, and then she formed bands to play her songs, and her stages and audiences grew exponentially. But all along, Olsen was more concerned with a different kind of path, and on her vulnerable, Big Mood new album, All Mirrors, we can see her taking an introspective deep dive towards internal destinations and revelations. In the process of making this album, she found a new sound and voice, a blast of fury mixed with hard won self-acceptance. “In every way -from the making of it, to the words, to how I feel moving forward- this record is about owning up to your darkest side,” Olsen said. “Finding the capacity for new love and trusting change, even when you feel like a stranger. This is a record about facing yourself and learning to forgive what you see. It is about losing empathy, trust, love for destructive people. It is about walking away from the noise and realizing that you can have solitude and peace in your own thoughts, that your thoughts alone can be just as valid, if not more.”

DIIV: Deceiver
Occupying the corners between fuzzed-out shoegaze bliss, troubadour poetry, and metallic catharsis, DIIV – Zachary Cole Smith [lead vocals, guitar], Colin Caulfield [vocals, bass], Andrew Bailey [guitar], and Ben Newman [drums] – personally inhabit the recesses of their third full-length album, Deceiver. A whirlwind brought DIIV here. On the heels of 2012’s Oshin, the group delivered the critical and fan favorite Is the Is Are in 2016. Praise came from The Guardian, Spin, Rolling Stone and more. Pitchfork’s audience voted Is the Is Are one of the Top 50 Albums of 2016, as the outlet dubbed it “gorgeous.” Simultaneously, frontman Zachary Cole Smith faced down seemingly dormant demons, and the momentum stalled. Two years after embarking on a program of recovery, Smith has emerged with a clear head and renewed focus. For the first time, DIIV lived with songs on the road. During a 2018 tour with Deafheaven, they performed eight new compositions as the bulk of the set. The tunes progressed as the players did. By the time DIIV entered 64 Sound to record with producer Sonny Diperri, the band felt a certain confidence. It’s evident on first single “Skin Game,” which gallops forth on a clean guitar riff before unfolding into a hypnotic hook offset by an off-kilter rhythm and hummable solo. “Being a recovering addict myself,” he says, “there are a lot of questions like, ‘Who are we? What is this disease?’ ‘Skin Game’ looks at where the pain comes from – the personal, physical, emotional, and broader political experiences feeding into the cycle of addiction for millions of us.” A trudging groove and wailing guitar punctuate a lulling apology on the magnetically melancholic “Taker.” For Smith, it’s “about taking responsibility for your lies, their consequences, and the entire experience.” Meanwhile, the ominous bass line and crawling beat of “Blankenship” devolve into schizophrenic string bends with the vitriolic lyrics. The seven-minute “Acheron” offers a dynamic denouement, flowing through a hulking beat guided under gusts of lyrical fretwork and a distorted heavy apotheosis. “We’re proud of this, because we earned it as a band,” Cole says. “I’m really happy and grateful just to do it in the first place. I can see the change. It’s not a record full of solutions, but I’m living my life. I’ve examined the consequences of my lies; I’ve got something to say now.”

The Avett Brothers: Closer Than Together
New release from The Avett Brothers, their tenth studio album overall and the fifth produced by Rick Rubin on his American Recordings label. Says Seth Avett: “We didn’t make a record that was meant to comment on the sociopolitical landscape that we live in. We did, however, make an album that is obviously informed by what is happening now on a grander scale all around us… because we are a part of it and it is a part of us. Closer Than Together is a record of obvious American origin – a creation that fittingly could only come about through hard work, measured freedom, awe-inspiring landscapes, and perfectly flawed individualism.”

Blood Orange: Angel’s Pulse
“My new record is called Angel’s Pulse & I performed, produced and mixed the entire thing myself. I’m calling it a mixtape. I have a habit through the years of making records that I just give to friends, or on tape to people on the street, or no one. Usually this material is made directly after the album I’ve just put out. Somewhat of an epilogue to the thing I’ve made before. This time… I decided to release it. I put as much work and care into it as I do with the albums I’ve released, but for some reason trained myself into not releasing things the rate at which I make them. I’m older now though, and life is unpredictable and terrifying… so here you go mates. Hope you enjoy. Catch you soon.”

Rob Ickes and Trey Hensley: World Full of Blues
Powerhouse acoustic duo Rob Ickes (Dobro) and Trey Hensley (guitar) move beyond the acoustic-centric sound of their previous two releases on WORLD FULL OF BLUES. Working with GRAMMY-winning producer Brent Maher, the topical album juices up their sound with Hammond B3 and a horn section, with plenty of grit and a nod to the rootsy side of Americana. The album was recorded live with minimal overdubs; guests include blues great Taj Mahal, who provides his unmistakable mojo to the title track, and country music legend Vince Gill, who joins the GRAMMY-nominated duo on an inspired rendition of The Grateful Dead’s moonshiner song, “Brown-Eyed Women.”

Old Crow Medicine Show : LIVE at The Ryman
Grammy Award-winning modern American roots band Old Crow Medicine Show present Live From The Ryman. Honoring the history and traditions of the legendary venue, Live From The Ryman captures the raucous energy of Old Crow Medicine Show’s performances, recorded throughout their many headlining shows on the hallowed ground of Nashville’s Mother Church. Featuring guest appearances by Lee Oskar, Margo Price, Charlie Worsham and Molly Tuttle, the 11-track collection incorporates a mix of covers and originals including traditionals like “CC Rider,” “Will The Circle Be Unbroken” and “Louisiana Woman, Mississippi Man,” to go along with OCMS classics like “Take ‘Em Away,” “Sweet Amarillo” and “Wagon Wheel.”

North Mississippi Allstars: Up and Rolling
A forgotten roll of film was found. Shot before the turn of the century, the photographs resonate with music. The images inspired an accompanying soundtrack. The music is full of stories. The songs and stories originate in two neighboring rural counties. The cast of characters includes four families of Mississippi musicians, three generations deep, and a photographer from Texas.’ – Luther Dickinson In 2017, Wyatt McSpadden found an old roll of film and tracked down members of North Mississippi Allstars to share his forgotten photographs. The images were so profound and so beautiful that they would come to inspire the latest recording, Up And Rolling. The images inspired the band to ask, ‘What did the music sound like that night in 96? What does Mississippi music sound like now? What would ideally be on the push button AM/FM radio as we drove thru the hills?’ The North Mississippi Allstars would return to the famous Zebra Ranch to record Up And Rolling, inspired by Wyatt’s images. They gathered together, trimmed back the wisteria, and swept out the converted barn recording studio. The fired up the tube amps and old computers and began conjuring up modern Mississippi music, ancient and futuristic all at once. Telling it how it was and how they think it should be. Up And Rolling is modern Mississippi. Transcending time and space, the music reaches out into the dark of night like the wisteria vine, looking for free hearted souls to latch onto and wedge into the foundation of hate, slowly tearing down walls a generation at a time.

Charli XCX: Charli
Pop futurist Charli XCX has returned with her highly anticipated third studio album Charli. The album is a collection of 15 songs and features the hit singles “1999” (featuring Troye Sivan) and “Blame It On Your Love” (featuring Lizzo). The album also features collaborations with Christine and the Queens, Haim, Sky Ferreria, Big Freida, Clairo and more.

Rachael & Vilray
Rachael & Vilray is the debut album by Lake Street Dive singer-songwriter Rachael Price and composer, singer, and guitarist Vilray. The twelve-song set features 10 originals by Vilray, along with two covers from the era that inspired him: Cuban composer Pedro Junco Jr.’s 1943 “Nosotros” and Milton Drake/Louis Atler’s “I Love the Way You’re Breaking My Heart,” first popularized by Peggy Lee. Price and Vilray, who began performing together in 2015, recorded the album with Lake Street Dive pianist Akie Bermiss, a rhythm section, and a small complement of horns, plus a guest performance from pianist Jon Batiste on “Go On Shining.” Dan Knobler, who had worked with Lake Street Dive on the Free Yourself Up album, produced.

Joshua Redman and Brooklyn Rider: Sun on Sand
The album comprises eight compositions from a suite by composer Patrick Zimmerli. Each piece in the suite, which premiered at London’s Wigmore Hall in 2014, represents a different expression of light. Bassist Scott Colley and drummer Satoshi Takeishi perform as well. Redman previously worked with Zimmerli when the latter created orchestral arrangements of Redman’s compositions for the 2013 Nonesuch album Walking Shadows.

Gabby Moreno & Van Dyke Parks: ¡Spangled!
Gabby Moreno ¡Spangled! Is a collaboration between Guatemalan-born singer-songwriter Gaby Moreno and American musician, songwriter, arranger, and producer Van Dyke Parks. The 10-song set celebrates the migration of song across the Americas and spans more than a century, including a bolero from Panama, a bossa nova from Brazil, and an elegiac ballad from the Southwest United States-Ry Cooder, John Hiatt, and Jim Dickinson’s “Across the Borderline,” performed with Cooder and Jackson Browne. The album also includes one of Moreno’s own songs as well as the previously released track “The Immigrants” by Trinidadian songwriter David Rudder 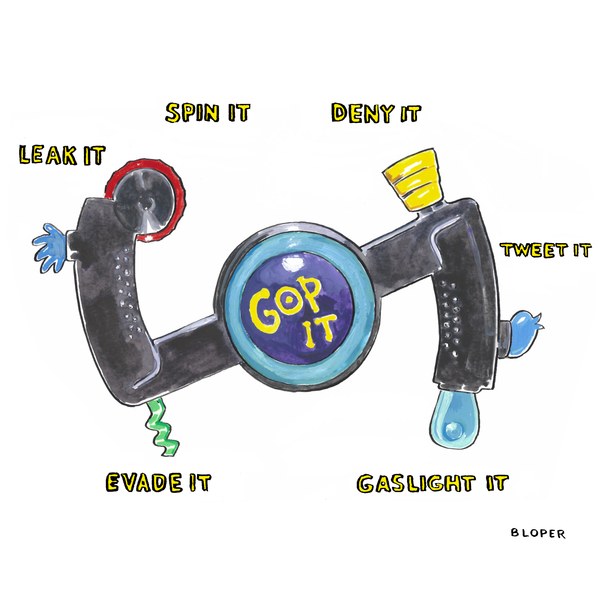