Ripe + The Brook & The Bluff 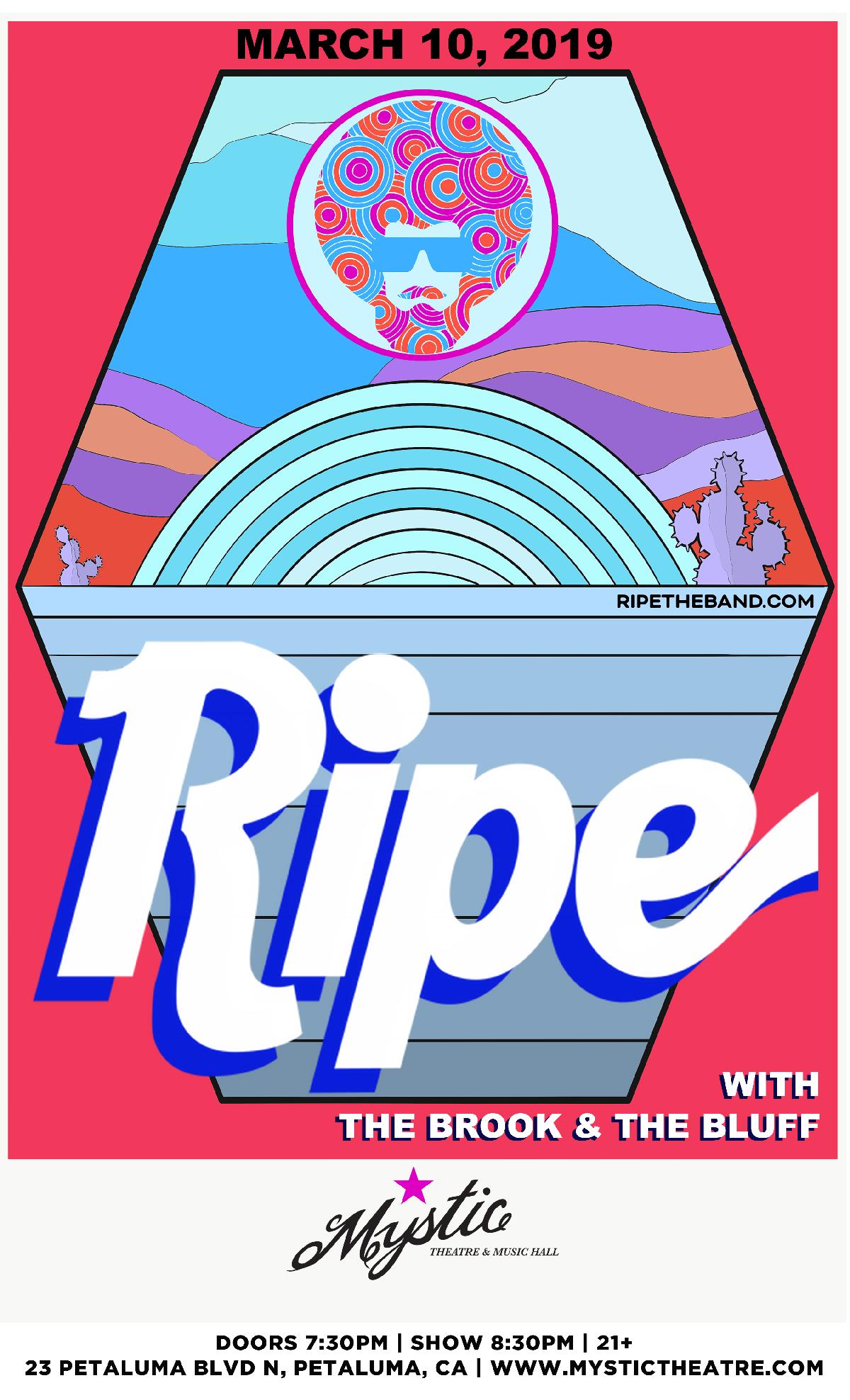 Ripe: Ripe is a Funk/Pop band out of Boston, MA that was born as a result of its seven members’ uniting over one belief: with enough passion and honesty, music can still make the earth shake. With one eye looking back to the inception of both funk and psychedelic music, and the other looking forward with a modern concept of what makes people move, Ripe seeks both to honor musical history as well as to make it. The perfect fruit is equal parts past and present, and this is the approach of the Ripe sound.

With a strong devotion to consistently creating an unforgettable live experience, Ripe has kept the groove going touring nationally from coast to coast. With a recently released sophomore EP, Hey Hello, and plans to start recording a full-length album in the coming year, Ripe is shifting into overdrive with every intention of taking this to the stratosphere. The Ripe family asks you to get loose, get down, and get ready. The party is just getting started.

The guys have quickly become recognized for their evocative blend of instrumental talent and vocal harmony. These elements are readily apparent in the band’s debut track, “Masks.” Having initially gained momentum via Spotify, the song has helped spur the band forward in their musical pursuits.

The group’s first year as a full band has been widely successful. From charting on Spotify’s US and Canada Viral 50 Playlists, performing at the NAMM shows in both Nashville and Anaheim, and selling out shows in Atlanta, Birmingham, Huntsville, Nashville and Opelika, the band has had an exhilarating first year.

Originally an acoustic duo, Alec and Joseph started turning heads in local venues with clean vocals and expert guitar work. John noticed the talent and potential of the duo and offered to play drums and sing with the guys. Soon after, he officially joined the group, expanding their sound with driving rhythm and an added voice. The trio instantly locked in and have been playing together ever since. With their new bassist Fred Lankford, The Brook and The Bluff relocated to Nashville in 2018.