Here are some New Releases :

Patty Griffin
Patty Griffin represents an extraordinary new chapter for this incomparable singer-songwriter and immediately stands among the most deeply personal recordings of her remarkable two-decade career. The album – which follows 2015’s Grammy Award-nominated Servant Of Love – collects songs written during and in the aftermath of a profound personal crisis, several years in which she battled – and ultimately defeated – cancer just as a similar and equally insidious disease metastasized into the American body politic. Yet as always, like very few others, Griffin’s power lies in how, as Holly Gleason in the Martha’s Vineyard Gazette observed, ‘her songs seem to freeze life and truth in amber.’ It’s in how Griffin can express the strikingly intimate while never making it about herself, all wrapped in sparse arrangements that breathe an incomparable force and import into her songcraft.

David Gray: Gold In A Brass Age
Gold In A Brass Age was produced by Ben DeVries, son of producer and soundtrack composer Marius. The album finds Gray in renewed creative form and arrives just ahead of a run of headline shows in the US and UK. Gold In A Brass Age is defined by an intuitive approach from Gray, exploring new electronic textures and sound palettes, along with new production techniques in the process. David began writing Gold In A Brass Age in 2016 and it was recorded over several months between tours, including a 50 date US tour and a co-headline tour with Alison Krauss in 2017. Using a cut and paste approach to the arrangement of songs, the album’s atmospheric and experimental undertones are evident throughout.

Dido: Still On My Mind
One of the biggest selling UK artists of all time, Dido returns with her 5th studio album “Still On My Mind”. The long-awaited fifth overall album from Dido, following on from 2013’s Girl Who Got Away. The new album will show Dido’s love of hip-hop and folky roots. Much of Still On My Mind was written and recorded in England as “a result of the fruitful and incredibly natural production/songwriting partnership” with brother Rollo, who contributed extensively to all of her previous releases. Still On My Mind wafts in like a beautiful breeze, a chilled out tumble of sadness and joy, melancholy and bliss. That familiar voice is fully present, soft, intimate and delightfully conversational, caressing melodies over a subtle flow of beats, with an aching catch that tugs at the heart strings. She was the girl who got away. But after five years of silence, Dido is back.

Butt-Naked Amanda Palmer: There Will Be No Intermission
Amanda says this is the most personal and painfully vulnerable album she has ever made and her songwriting has climbed up a few notches. This is the most honest record she has ever written, and was fueled by everything that was going on around her to dig deeper, try harder, and be less afraid. Included on There Will Be No Intermission are some songs that have been longtime live favorites, like Amanda’s cover of Dillie Keane’s “Look Mummy, No Hands,” as well as more recent releases like a tribute to Judy Blume on her 80th birthday. Other songs tackle abortion, cancer, motherhood, and politics. Amanda has shared a new song, “Drowning in the Sound,” which you can listen to below. It’s chorus pays tribute to Prince and Ani DiFranco, two of Amanda’s musical idols

Meat Puppets: Dusty Notes
The legendary Meat Puppets have reunited and put together an album of new music. The album, Dusty Notes, will be available March 8th via Megaforce records. Includes the single “Warranty”. Fans of the golden SST age of American punk and of these cowpunk trailblazers will be thrilled to welcome this: the first album by the original Meat Puppets lineup since 1995. Curt and Chris Kirkwood have reunited with drummer Derrick Bostrom, and you’ll also hear keyboardist Ron Stabinsky and Curt’s son Elmo (on guitar) here. Get this now (on CD or vinyl) so you’ll know these tunes by the time you see ’em on tour later this year: “Warranty,” “Nine Pins,” “Unfrozen Memory,” “The Great Awakening,” “Outflow,” the title track and more! Megaforce.

Tom Harrell: Infinity
When pianist Bill Charlap featured Tom Harrell at a recent gig with his trio at New York’s Jazz Standard, he summarized the trumpeter’s genius as concisely as anyone could. “It is our honor and privilege,” he announced, “To share the bandstand with a man who is a living, breathing melody.” For this latest HighNote release, featuring a razor-sharp quintet with saxophonist Mark Turner and guitarist Charles Altura, Harrell & company combine complex compositions, seductive rhythms, advanced harmonic concepts, vibrant solos and sheer inspiration in an album which transcends the jazz idiom. This is perhaps Harrell’s most imaginative recording to-date, with the scoring for the piano-less, tenor sax and guitar front line ensemble sui generis among his work.

Leo Bud Welch: The Angels in Heaven Done Signed My Name
Leo Bud Welch, the deceased delta bluesman, spent his life honing his musical craft. The Mississippi native and 30-year lumberjack performed as a gospel singer in his small hometown for years before he made his first record when he was in his seventies. The influence of the region he called home, his years of musicianship, and his well lived life blended together to create music that was as unique as he was. The stunning posthumous album, The Angels in Heaven Done Signed My Name, was produced by Dan Auerbach at his Easy Eye Sound studios in Nashville, Tennessee just before Leo’s death in December of 2017 and also features performances by the late Richard Swift.

The Coathangers: The Devil You Know
In their early years, Atlanta trio The Coathangers were very much of the classic punk ethos-the band was a live entity, and the records were a document of the charisma and chaos projected from stage. But after 12 years of relentlessly touring on a steady flow of EPs and LPs, The Coathangers finally took a moment to recalibrate before diving into the creation of their sixth studio album The Devil You Know. The band regrouped to make an album that captures all the vitality of their early years while honing their individual strengths into new communal achievements. It’s a record that takes their established takes on vitriolic punk, playful house-party anthems, and heartworn ballads and melds them into a new sound that retains all their former live show glories while revealing a new level of songwriting and nuance. “The writing process was done with an open heart,” says guitarist/vocalist Julia Kugel. “Everything that came before had to go away. And we started there, at ground zero.” With each album, you could hear the individual songwriters honing their style. But with The Devil You Know, it feels like we’re hearing the first Coathangers record written as a true unit. 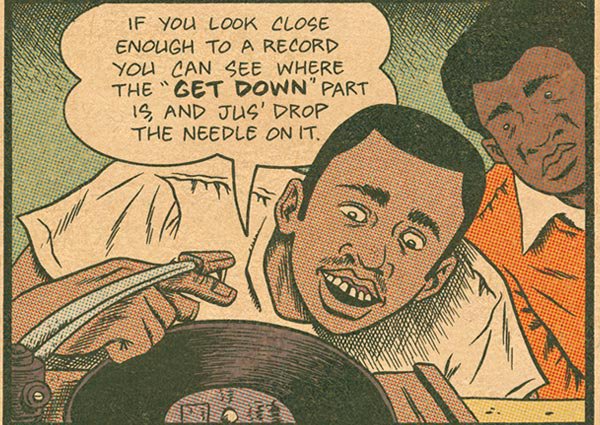